Salutations fellow movie goers from around the globe. We all know COVID-19 forced many production companies to delay a truckload of films, praying for a vaccine as a miracle to bring the public back safely to watch the movie they want to see. I’m doing something different with my Top 12 List centering on movies I want to see. As you may know, Warner Bros. (WB for short) announced they’ll be releasing movies in theaters & stream on HBO MAX simultaneously. “The Little Things,” “Tom And Jerry” & “Judas And The Black Messiah” are currently out.

Without further ado, here are my Top 12 Anticipated WB Films Of 2021. Why 2021? Because I refuse to bump one number up, or else I have to blame it on bad luck. 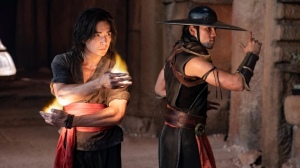 A decade ago, a pitch meeting at WB showcased an eight minute short film presented as a Hard R adaptation of the gory video game franchise “Mortal Kombat.” Two films from The 90’s are so bad they’re good when you turn your brain off just for the memes. In 2019, WB commenced filming hiring fresh faces to portray beloved characters like Liu Kang, (my favorite fighter) Sonya Blade, Jax Briggs, Kano, Raiden, Shang Tsung, Sub-Zero & last but not least Scorpion. Unlike the laughably based movies from The 90’s, the 2021 reboot will retain the games’ notorious fatalities.

My expectations for Mortal Kombat is pretty low. Movie adaptations of video games aren’t good or disappointing. I could be wrong. Will have to see when it comes out. 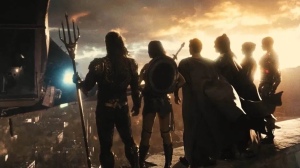 Thanks to the hashtag #ReleaseTheSnyderCut fans were begging for Zack Snyder’s vision of “Justice League” prompting WB to finish Zack’s vision. When I saw a preview of it, I was immediately hooked. As you may know, WB removed scenes from the theatrical cut behind Zack’s back hiring Joss Whedon (a fat meanie in real life) to reshoot new scenes. Once I see the Zack’s vision on the small screen, I’ll do a review on it. If it’s an unexpected hit, I might disown Joss’ vision. I hate movie studios interfering with one person’s art. 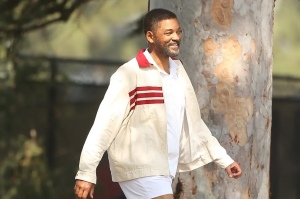 Based on a true story, Will Smith plays the role of a tennis coach named, Richard Williams. Who’s actually the father of Serena Williams. The upcoming biopic will center around Serena and her sister Venus being coached by their father on how they made it big as tennis players in the sports industry. November is set during award seasons. Something tells me if Will can pull of a performance, he might nominated for at The Oscars for “Best Supporting Actor.” A possible third nominated role since he played two real life individuals as Muhammad Ali & Chris Gardner from “Ali” & “The Pursuit Of Happyness.” Only time will (no pub intended) tell if my prediction might come true. 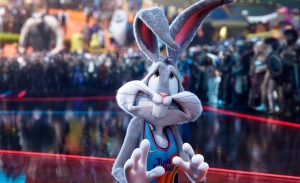 After years of canceling a sequel to “Space Jam,” WB finally got their act together by hiring LeBron James for the main lead filling in Michael Jordan’s shoes. When I first heard a sequel to one of the movies I used to watch all the time as a kid, that got me on the hype train. The sequel’s premise is about LeBron and his son are trapped inside a virtual reality by an algorithm played by Don Cheadle. The Looney Tunes join forces with LeBrown competing in a basketball game against the rival team led by Don.

Note: I’m not placing this as Number 9, due to a ridiculous controversy over Pepe Le Pew being removed from the film and Lola Bunny redesigned as a strong female character. She’s already capable aiding Michael Jordan, Bugs Bunny and The Looney Tunes. Pepe on the other hand, never whipped his special package in front of women. He always gets slapped or karma bites him in the rear. 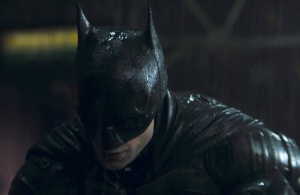 I know it’s not related to 2021, but I have to replace Space Jam: A New Legacy, because of WB’s poor excuses. Robert Pattinson’s Batman has some potential. When I first saw a teaser trailer of him donning the suit and beating the crap out of a thug and then he replies, “I’m vengeance.” “The Batman” is in the middle of slow production. I’m giving this upcoming movie a chance. Matt Reeves has big shoes to fill. It’s gonna be very tricky for him sitting in Christopher Nolan’s chair as director taking big gambles like Zoë Kravitz as Catwoman, Paul Dano as The Riddler & Colin Farrell as Penguin. I’m keeping my hype level low. 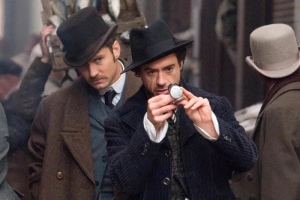 After “Sherlock Holmes: A Game Of Shadows” came out a decade ago, Robert Downey Jr. & Jude Law will reprise their roles as Sherlock Holmes & Dr. Watson. No plot details have been confirmed. 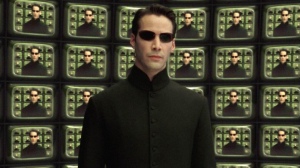 After The Wachowskis’ most recent movie “Jupiter Ascending” was critically panned and bombed at the box office, the duo developed a series on Netflix titled, “Sense8.” It was a small comeback for the siblings. Lily Wachowski parted ways with her sister Lana to headline a series on Showtime called, “Work In Progress.” After Sense8 ended, Lana commenced development of a fourth installment of The Matrix with Keanu Reeves & Carrie-Anne Moss reprising their role as Neo & Trinity set after the events of “The Matrix Revolutions.” No plot details have been announced as The Cast & Crew are keeping the fourth film a secret. I hope this upcoming film does justice. 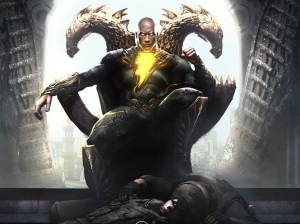 After “Shazam” became a hit both critically and financially, a spin-off focusing on Shazam’s archenemy from the comics Black Adam will star Dwayne “The Rock” Johnson in an origin story before he dukes it out with Shazam in a sequel. “The Justice League Of Society” will make an appearance. I have no idea how they’re gonna focus on Black Adam’s backstory. I’ll have to read the comics to get to know him. 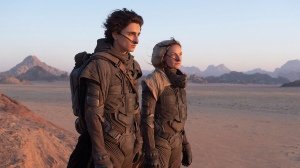 Remember David Lynch directed “Dune” in The 80s? Frank Herbert’s book series is getting another big screen treatment. This time, it’s a reboot has nothing to do with David’s film. Denis Villeneuve (Siocario, Prisoners, Blade Runner 2049) will direct the first installment in a planned film series with an ensemble cast starring Timotheé Chalamet, Oscar Isaac, Javier Bardem, Josh Brolin, Jason Momoa, Zendaya, Rebecca Ferguson, Dave Bautista & Stellan Skarsgård. I haven’t read the first book or watched David Lynch’s film. I’ll have to do both before I see this upcoming sci-fi epic. 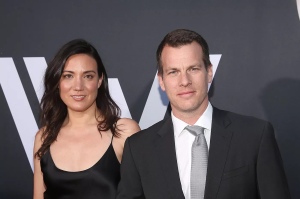 Hugh Jackman reunites with Christopher (Chris for short) Nolan’s brother Jonathan (Jonah for short) in an upcoming sci-fi film directed by Jonah’s wife Lisa Joy. The pair are known for their Emmy nominated HBO series “Westworld.” They’re slated to develop a series on Amazon titled, “Fallout.” A post-apocalyptic sci-fi series based on the video game series of the same name. Lisa’s film debut “Reminiscence” is a sci-fi thriller is about a war veteran discovers a way to relive his past to find his loved one. As of right now, no further details have been confirmed. Keeping plot details under wraps. As a fan of The Nolan Brothers, I’m immediately on the hype train.

3. The Many Saints Of Newark 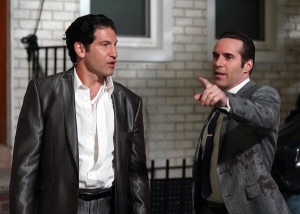 After “The Sopranos” ended in 2007 and James Gandolfini died in 2013 before he was slated to reprise his role in a follow up film (cancelled due to his death) to the series, David Chase penned a prequel set in The 60s-70s before The Sopranos’ first season focusing on a young Tony Soprano, his Uncle Junior, his mother and father Livia & Johnny Boy. Last but not least, Christopher Moltisanti’s father Dickie. I’ve listed “The Many Saints Of Newark” as one of my “Top 12 Anticipated Films Of 2020.” Sadly, it was delayed due to COVID-19. Look at the bright side, David Chase confirmed he’ll release it in both theaters and small screens on HBO Max during awards season, because he’s confident enough if it might earn critical acclaim. David is gonna have to win back the fans after the series finale ended on a disappointed high note.

I hope The Many Saints Of Newark does justice and honor James Gandolfini’s legacy. His real life son Michael will portray his iconic role. 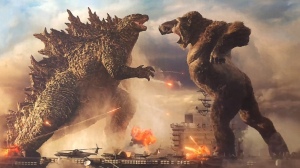 Like The Many Saints Of Newark, “Godzilla VS. Kong” was listed as one of my Top 12 Anticipated Films Of 2020. Unfortunately, it was delayed, because of COVID-19. Luckily, WB will simultaneously release this upcoming monster brawl in both theaters and stream on HBO Max. I’m rooting for Godzilla as the victor. If you wanna get caught up, watch “Kong: Skull Island” & Godzilla: King Of The Monsters” as a way to refresh your memory. Could Godzilla VS. Kong be the greatest battle of icons in cinema since Iron Man VS. Captain America in “Captain America: Civil War?” Who knows, only time will tell.

Those Who Wish Me Dead

Ladies & Gentlemen, my number one pick is The Suicide Squad, a sequel to the 2016 film with James “Jim” Gunn (one of my favorite directors) taking over David Ayer’s spot as director. Margot Robbbie, Jai Courtney, Joel Kinnerman & Viola Davis will reprise their roles. Newcomers to the DC Extended Universe including John Cena, Sylvester Stallone, Michael Rooker, Pete Davidson & Peter Capaldi factor in roles as obscure characters from the comics. Jim confirmed WB didn’t interfere with movie. He also stated The Suicide Squad is described as a hard R throwback to a 1970s war movie. I’m definitely on the hype train with this upcoming installment set in the DC Extended Universe.

One more thing. A television spin-off called, “Peacemaker” starring John Cena will reprise his role as his character from the aforementioned movie with Jim developing eight episodes streaming soon.

So that’s my Top 12 List. What are your anticipated movies linked to WB/HBO Max’s upcoming films? Please leave a comment.